A Plan to Promote More Women on Canadian Boards

Increasing the Representation of Women on Canadian Boards - HTML format 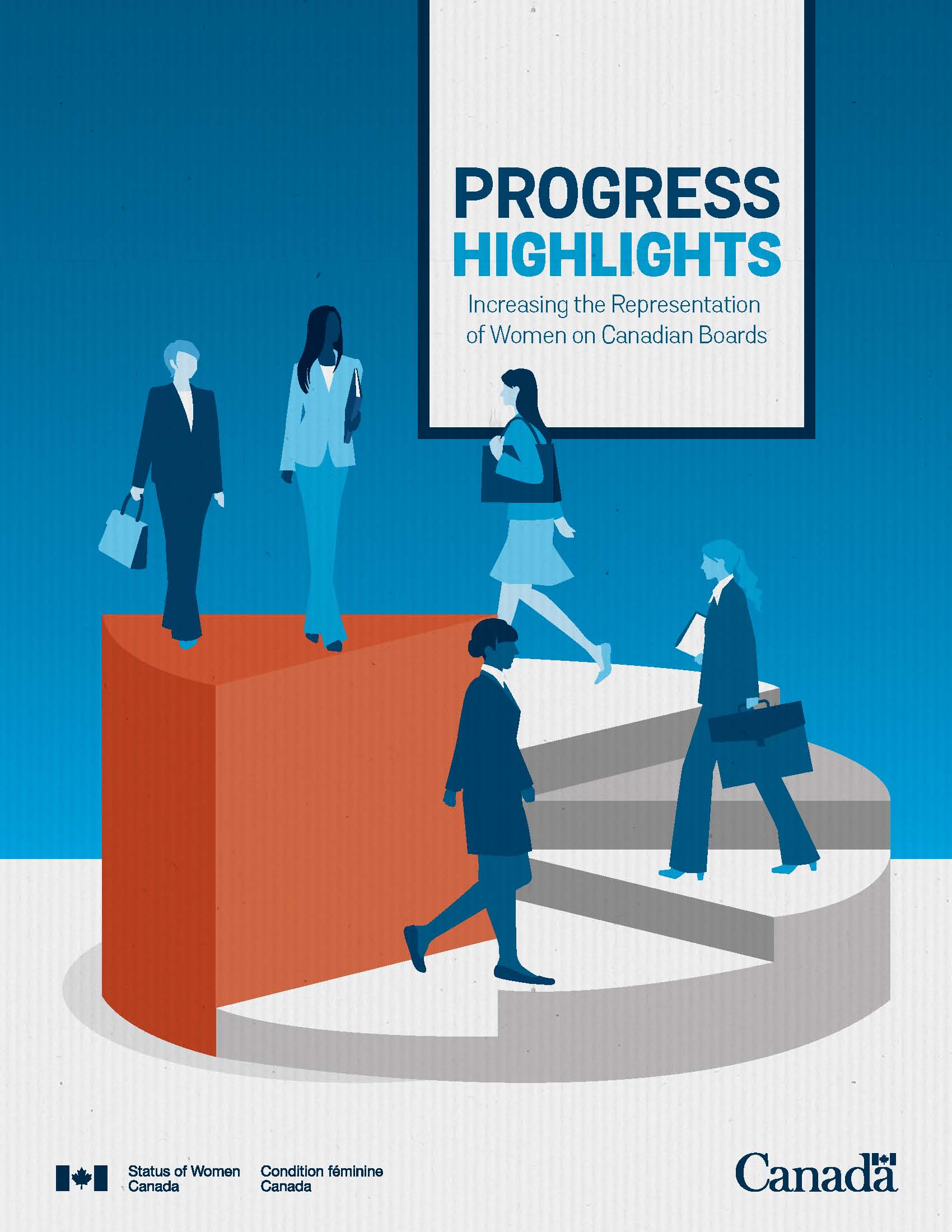 Promoting equality for women and their increased representation in leadership and decision-making roles is a priority for the Government of Canada. In June 2014, Status of Women Canada released the federal Advisory Council on women on board’s report on ways to increase the representation of women on public and private boards in Canada.

The Report entitled “Good for Business: A Plan to Promote More Women on Canadian Boards” laid out aspirational goals for Canadian business and public sectors, most notably, a national goal of 30% women on boards by 2019, as well as a number of best practices in use within corporate Canada to successfully advance more women into boards positions.

The Government has taken a number of additional concrete actions to support women’s economic success.

At the end of 2014, securities regulators across the country adopted the Ontario Securities Commission “comply or explain” amendments to corporate disclosure requirements, which support the recommendations included in the Advisory Council Report.

Through Economic Action Plan 2015, the Government is also proposing a “comply or explain” amendment to the Canada Business Corporation Act in order to promote gender diversity on the boards of public companies. 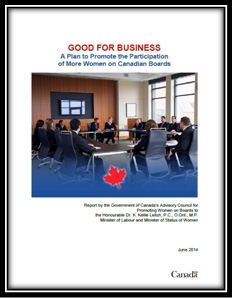 Good for Business: A Plan to Promote More Women on Canadian Boards

*To open, view, navigate and print Acrobat PDF files, it is necessary to have Adobe Acrobat Reader installed on your system. If you do not have this software, it is downloadable free of charge. Click here to download Adobe Acrobat Reader, and follow the instructions to install it.