Definitions of sex and gender are often, incorrectly, used interchangeably. Both need to be understood and carefully considered if we are to determine the impact and effectiveness of government initiatives. You might assume that only one or the other is a factor, but sometimes it can turn out to be the opposite of what you thought. And, often, there is a combination of physical and socio-cultural factors at play.

Not all individuals identify with a binary concept of sex or gender categories of male and female, masculine and feminine. Important dialogue on gender identity and expression is taking place in Canada and around the world. Our understanding of sex and gender and how and when to use these designations continues to grow and shift. Visit the online course for a list of definitions.

What about the “plus”?

Gender-based Analysis Plus (GBA+) isn’t only about sex and gender, and groups of people are not homogenous. Our experiences are affected by intersecting parts of our identity, the context we are in and our lived realities.

We all have multiple identity factors that intersect that help make us who we are. This is called intersectionality. The “plus” highlights the fact that GBA is not just about sex and gender. It examines how multiple identity factors are interdependent and often combined. GBA+ provides a framework to contextualize the range of personal attributes such as sex, gender race, ethnicity, religion, age and mental or physical disability and ensure that these factors do not limit success and inclusion. 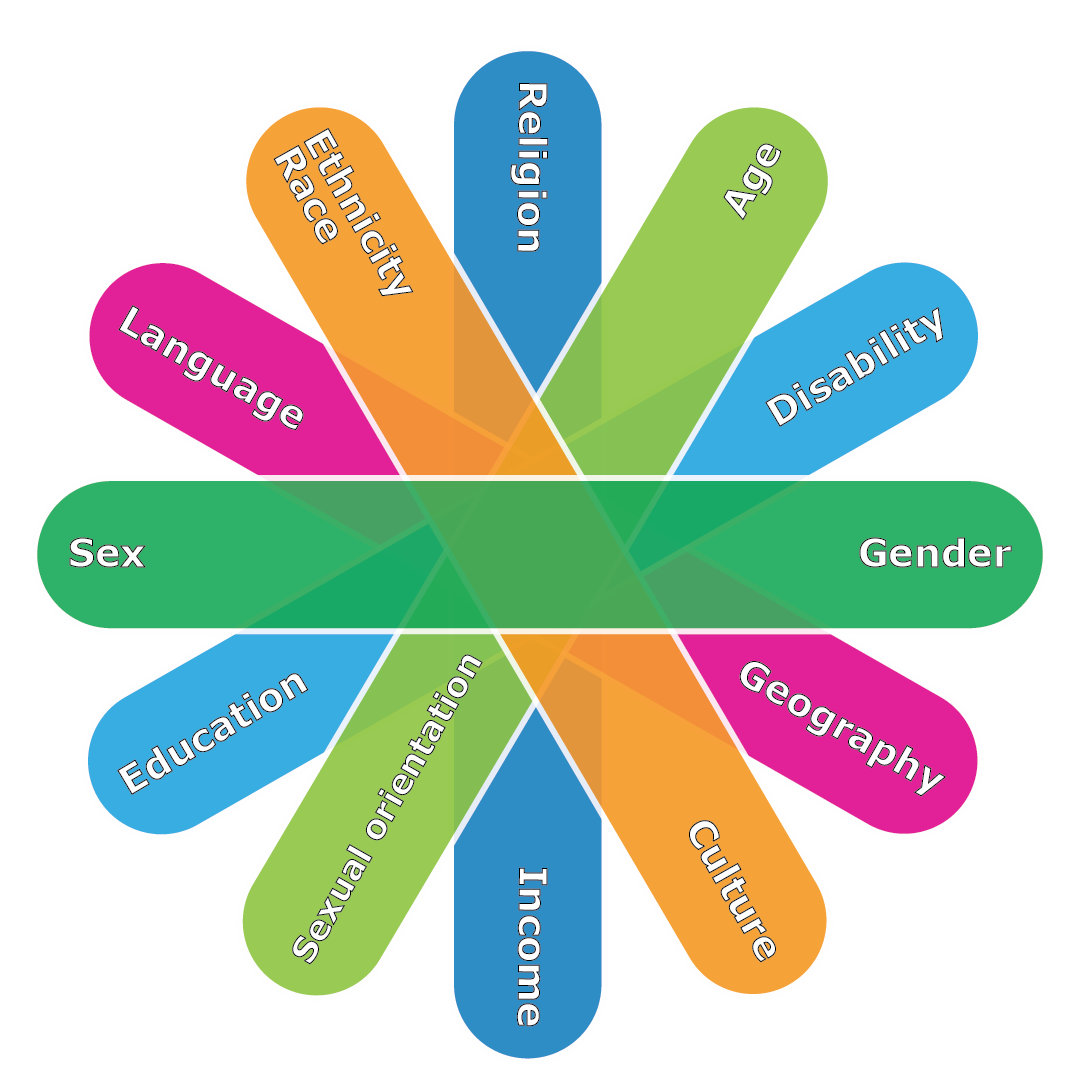 Use GBA+ to consider all the intersecting identity factors of diverse groups of women, men and gender-diverse people so that you can be more inclusive in your approach to developing, delivering and evaluating initiatives.

Without GBA+, we risk missing or misreading the experiences of a significant portion of the Canadian population and, as a consequence, risk developing policies and initiatives that can inadvertently increase inequalities. It is therefore critical that we apply GBA+ to optimize the impact and effectiveness of all initiatives.

Using GBA+ involves taking a gender and diversity sensitive approach to our work. Considering all intersecting identity factors as part of GBA+, not only sex and gender, is a Government of Canada commitment.

To learn more about intersecting identity factors, watch this micro-learning video called Beyond sex and gender.

Did you know that GBA+ is recognized as a key competency in support of the development of effective programs and policies for Canadians?

The Government of Canada has been committed to using GBA+ in the development of policies, programs and legislation since 1995. It provides federal officials with the means to continually improve their work and attain better results for Canadians by being more responsive to specific needs and circumstances.

The Government recently renewed its commitment to GBA+ and is working to strengthen its implementation across all federal departments.

To learn more about the Government’s renewed commitment, including its response to the 2015 Report of the Auditor General of Canada “Implementing Gender-based Analysis”, view the:

Women and Gender Equality Canada plays a leadership role in the government-wide implementation of GBA+; however, the commitment to GBA+ is a shared responsibility across all departments and agencies.

All federal public servants should incorporate GBA+ into their work by asking some basic questions and challenging personal assumptions about diverse groups of women, men and gender-diverse people. Through the systematic use of GBA+, federal officials are able to improve their work, ensuring it is inclusive of diverse perspectives.

Federal public servants are encouraged to visit Women and Gender Equality Canada’s GBA+ GCpedia page (accessible only on the Government of Canada network) for helpful information on how to better integrate GBA+ into the work of departments and agencies.