Need inspiration? Check out these videos! 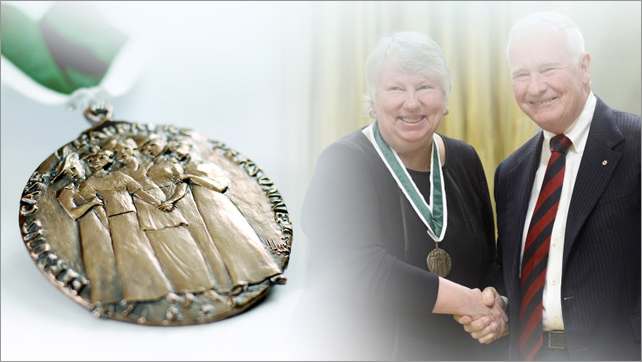 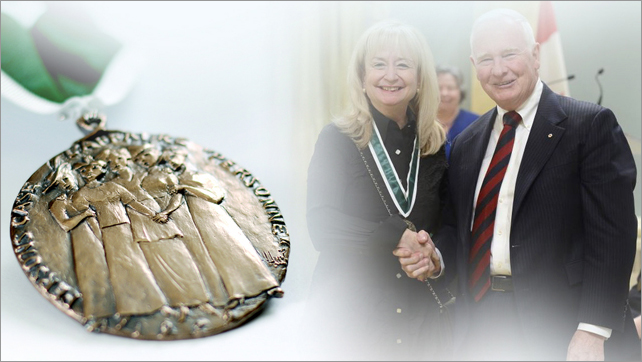 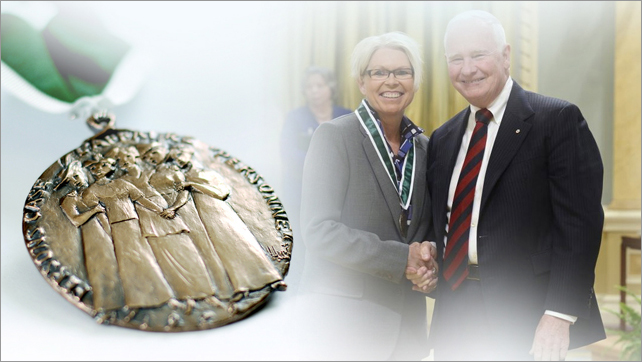 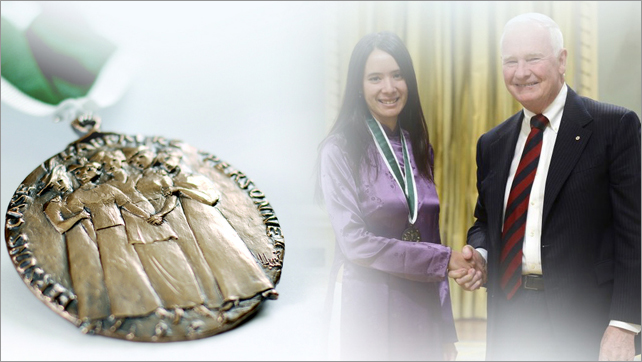 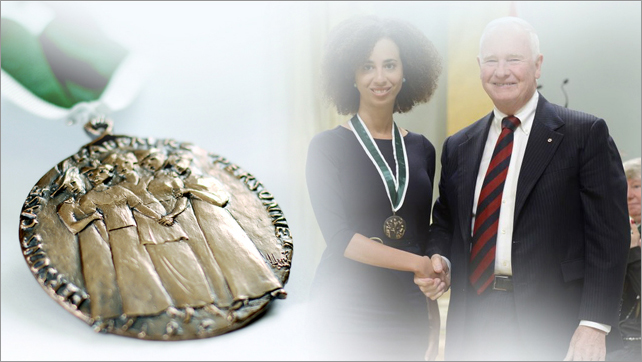 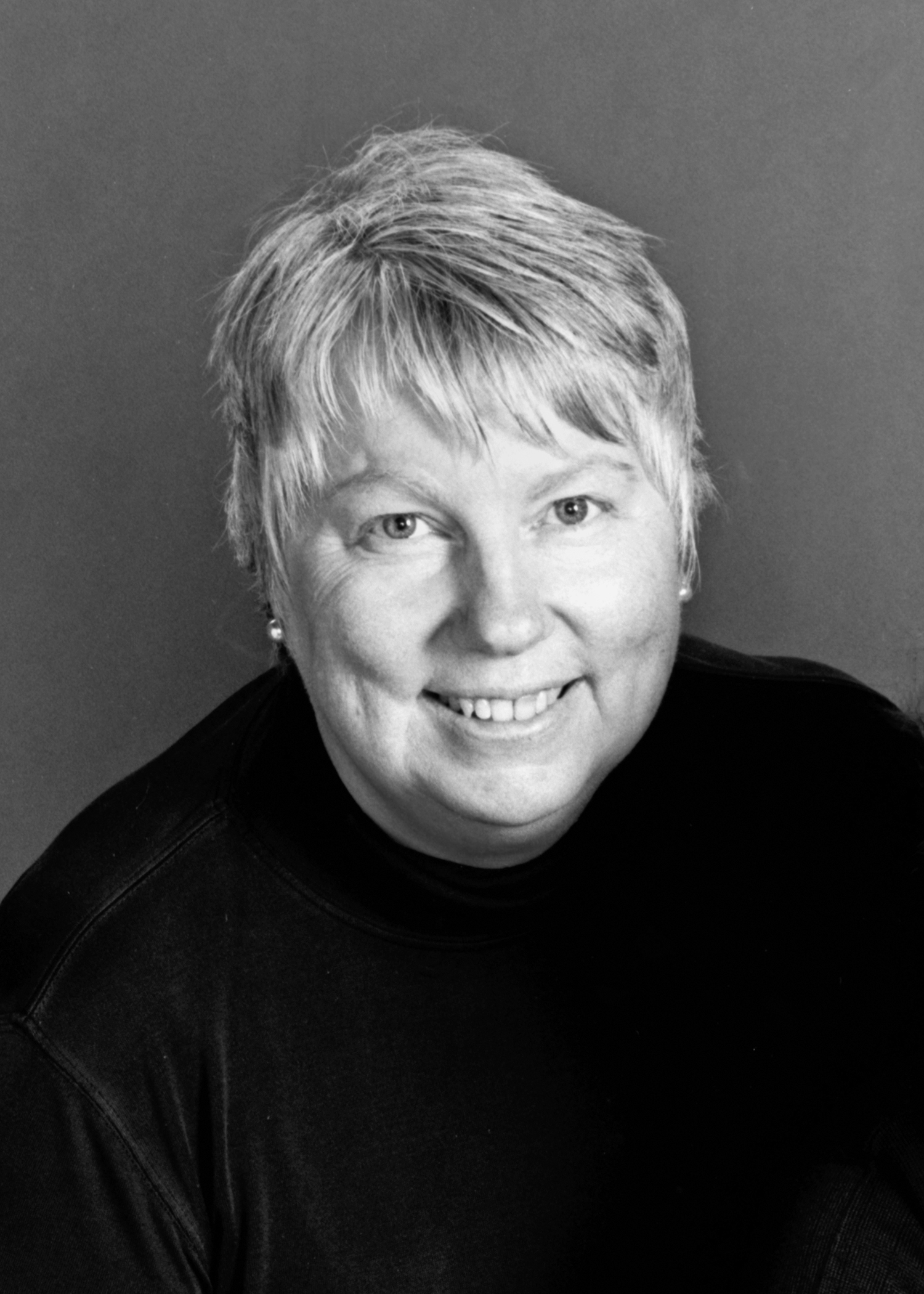 For decades, Mary Elizabeth Atcheson has advocated for the rights of women, using her legal training and love of the law to champion the cause of equality. With the Ontario Committee on the Status of Women, Ms. Atcheson helped implement the recommendations of the Royal Commission on the Status of Women (RCSW). She also co-authored the study Women and Legal Action, which led to the formation of the Women's Legal Education and Action Fund Foundation (LEAF), where she served as the organization's founding Vice-Chair and, later, its Chair. Among her many achievements, she was a key organizer of the Charter of Rights Educational Fund, the National Symposium on Equality Rights, and the women's response to the November 1981 Constitutional Accord. In addition, she was a member of the original National Advisory Council for the Canadian Human Rights Museum, and is co-founder of www.section15.ca and the Feminist History Society. Professionally, she has been at the leading edge of the advancement of women in law and in government financial services, and she continues to be an active mentor to women in law and the charitable sector. She currently volunteers as Vice-President of Nancy's Very Own Foundation and is involved with the Women's Education and Research Foundation of Ontario Inc. and is a consultant providing policy development and project management services, primarily on the regulation of financial services and products, as well as human rights. 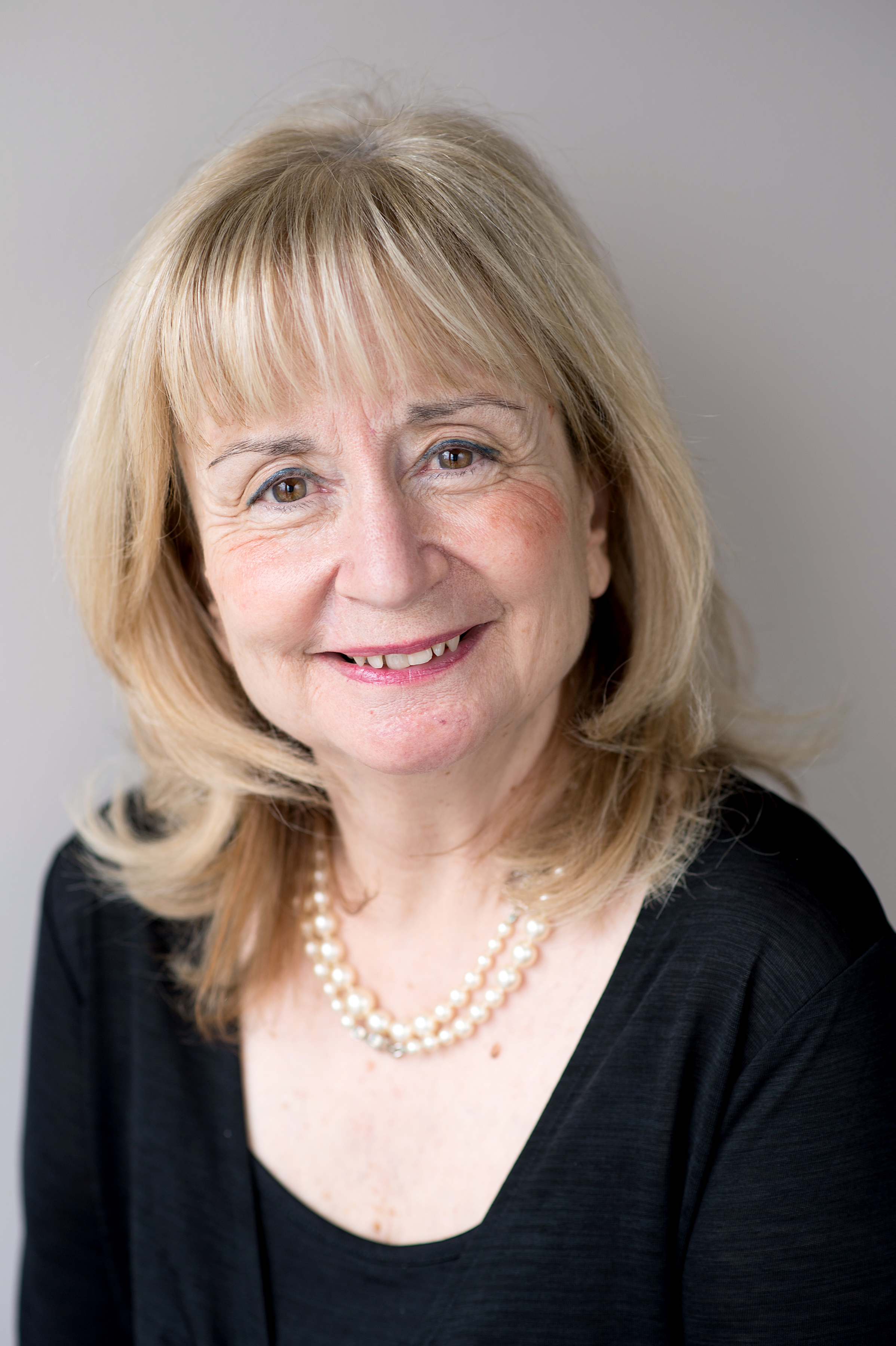 Louise Champoux-Paillé has been working tirelessly for more than 25 years to champion women in senior roles at public and private institutions in Canada. Breaking new ground in a number of senior management positions, she has served as founding president of the Bureau des services financiers du Québec, executive vice-president and CEO of the Ordre des administrateurs agréés and president of Leucan, an organization that supports children with leukemia and other forms of cancer. Her research and volunteer work with numerous organizations, including Groupe international de recherche en éthique financière (GIREF), have helped promote good governance and women's access to strategic roles. For nearly ten years Ms. Champoux-Paillé served as chair of the Board of Trade of Metropolitan Montreal's Comité Accès 51 and published directories to promote women's talents in society. She has remained actively involved by serving on the Conférence régionale des élus de Montréal's "pink tie committee" and facilitates women's access to senior management positions in her work as a mentor, teacher and social media monitor. Through her professional activities and extensive social and civic engagement, she has encouraged a new generation of female executives and administrators. An economist by training, Louise Champoux-Paillé holds an MBA and a master's degree in museology from Université du Québec à Montréal. In 1994, she became the first woman to receive that university's Performance Award in recognition of her contribution to the community. She is a Fellow of the Ordre des administrateurs agréés. In 2012, the Québec government named Ms. Champoux-Paillé a member of the Ordre national du Québec. She currently chairs the board of directors of the Cercle des administrateurs de sociétés certifiés. 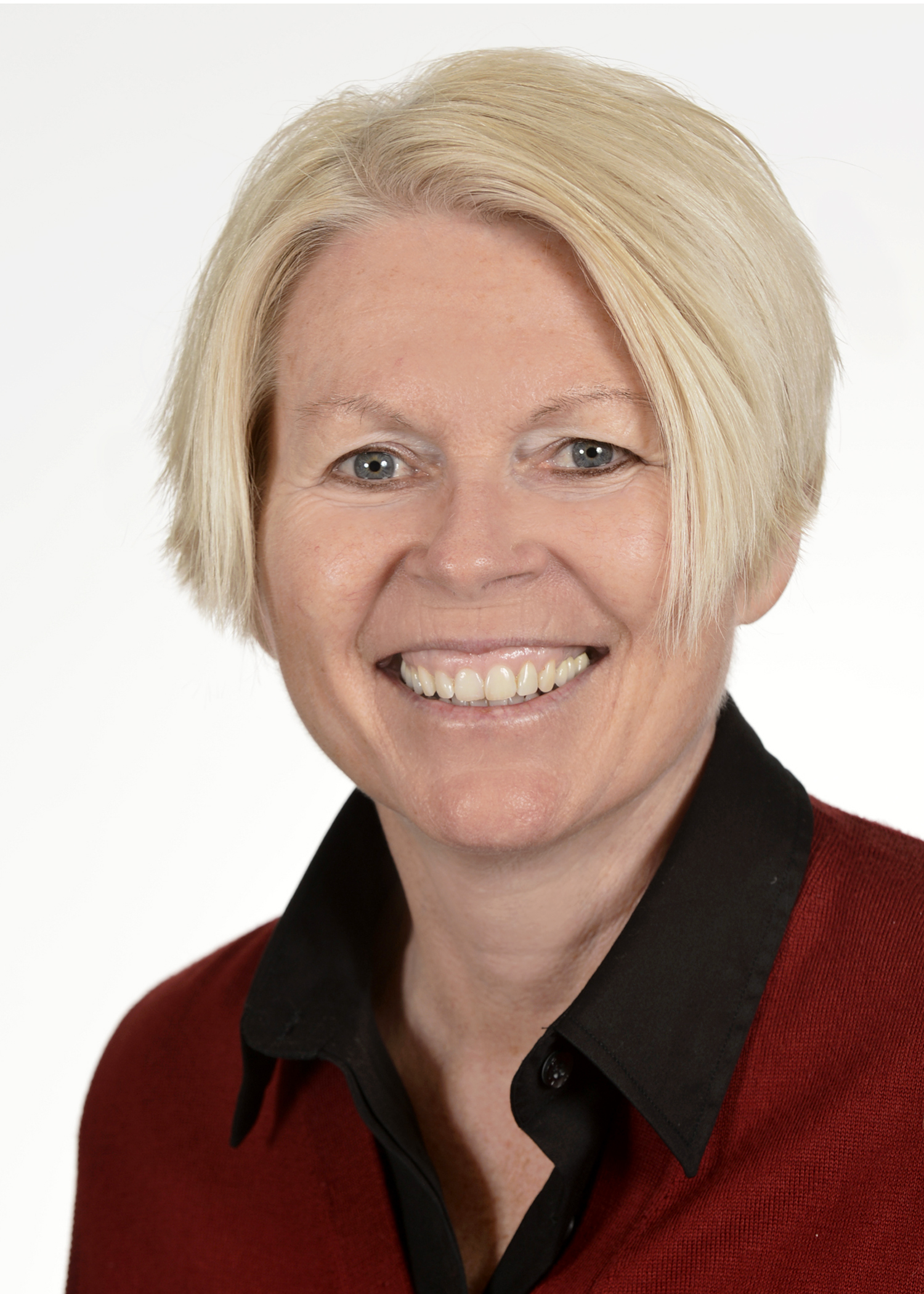 For over 30 years, Tracy Porteous has served her community through her work to prevent and respond to violence against women and girls. She has made a world of difference in the lives of women from all walks of life, including those who are Aboriginal, immigrants, older, living with disabilities, or from rural areas. Ms. Porteous has served as Executive Director of the Ending Violence Association of BC (EVA BC) since 1995. In 2011, she founded the innovative and highly successful Be More Than a Bystander program in partnership with the BC Lions football team. The program, which is raising public awareness of the impacts of men's violence against women, was recognized with a Community Safety and Crime Prevention Award from the Government of British Columbia. Ms. Porteous led many innovative projects and programs at EVA BC, including a successful collaboration with community advocates and provincial authorities to make it possible for sex trade workers and others to report sexualized violence to police through a third party. This enables the police to receive information in a more timely fashion and to work with survivors to take predators off the streets. Last year, Tracy Porteous was awarded the Queen Elizabeth II Diamond Jubilee Medal for "Dedicated Service and Contributions to Our Nation" as well as a certificate of Recognition for Helping to Build the Province of BC. 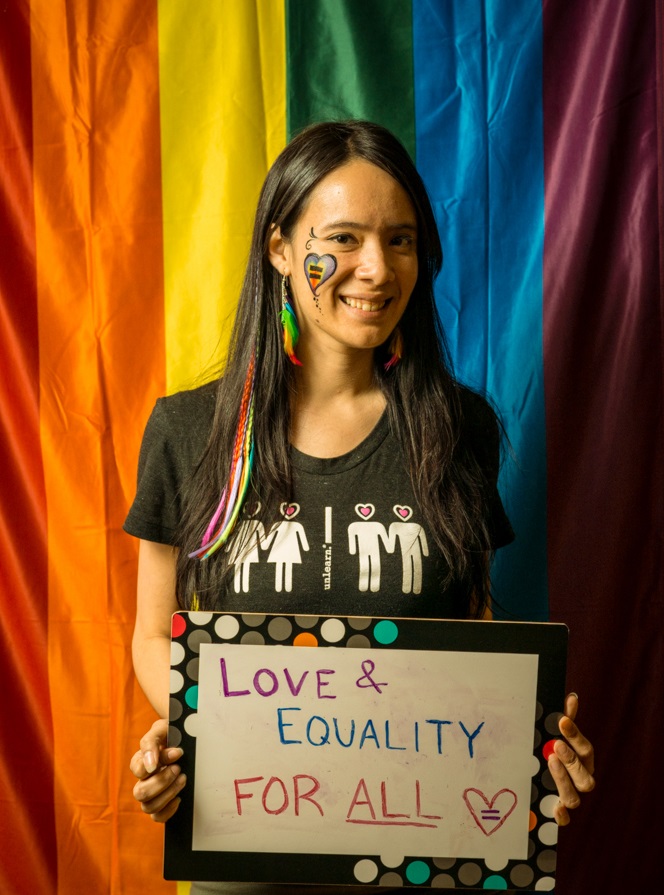 Chantal Thanh Laplante's passion for community engagement, and her feminist activism in particular, has led her to work towards social and legal equality for both sexes. As an employee of the Beauséjour family crisis and resource centre, Chantal works every day to uphold gender equality with victims and survivors of spousal, family or sexual violence. Ms. Laplante volunteers as education representative for Moncton's River of Pride and at Safe Spaces for AIDS/SIDA Moncton. She has also volunteered and worked at Crossroads for Women and Maison d'amitié in Ottawa and has served as president of Association Un sur Dix. In addition, Ms. Laplante is a staunch advocate for the right to access abortion in New Brunswick and elsewhere in Canada. Ms. Laplante holds a bachelor's degree in social work from Université de Moncton, as well as a college diploma in social work techniques from La Cité Collégiale in Ottawa. 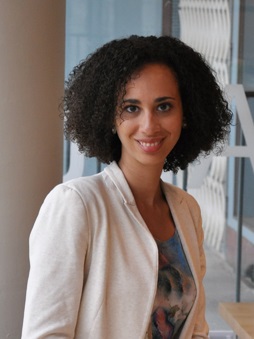 Emilie Nicolas is an outstanding campaigner for women's human rights, dignity, autonomy, and equality of opportunity. She speaks French, English, Spanish and Haitian Creole. A Ph.D. candidate in linguistic anthropology at the University of Toronto's Massey College, Ms. Nicolas specializes in the role of shared language in social inclusion and solidarity. This research, which highlights the need to protect the rights of minority women, informs her interest and involvement in issues of citizenship and cultural diversity in both Toronto and Montréal. Emilie Nicolas also holds a master's degree in comparative literature, from the University of Toronto, and a bachelor of arts degree from the Université de Montréal. In 2013, Ms. Nicolas helped to found Québec Inclusif, which challenged the former Quebec government's proposed Charter of Values as an assault on gender equality and, in particular, on women's access to education, employment, government services, as well as freedom of conscience and religion. In her short but distinguished career, Ms. Nicolas has received numerous awards. These include a Social Sciences and Humanities Research Council graduate scholarship, the Vanier Scholarship for academic excellence, the Harry Jerome Leadership Award for excellence in African Canadian achievement, and in 2014, the prestigious Action Canada Fellowship, Canada's premier leadership and public policy development program.