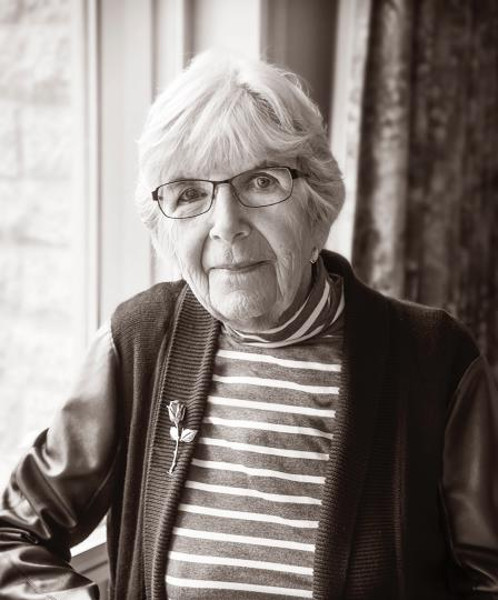 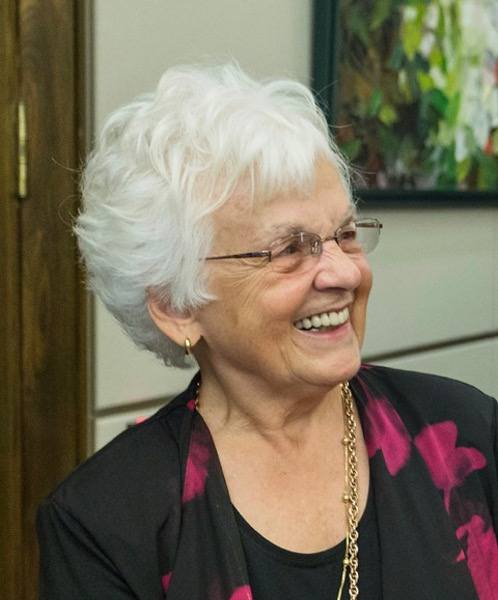 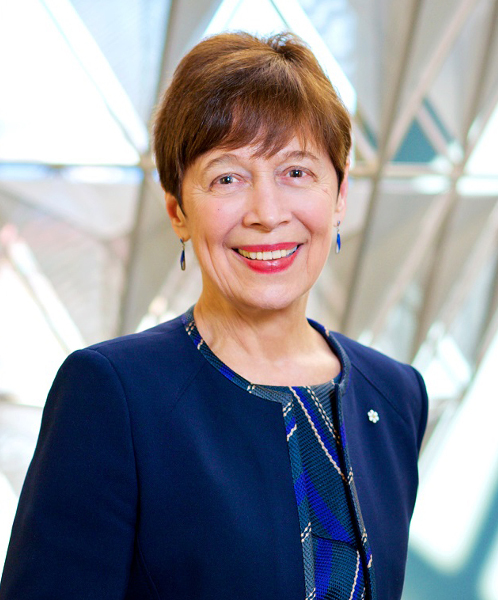 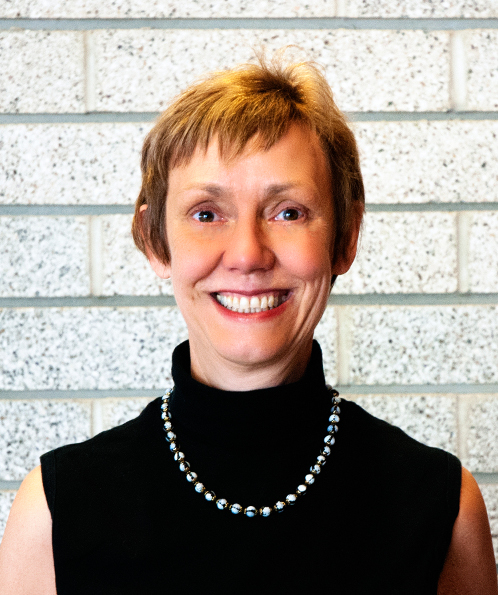 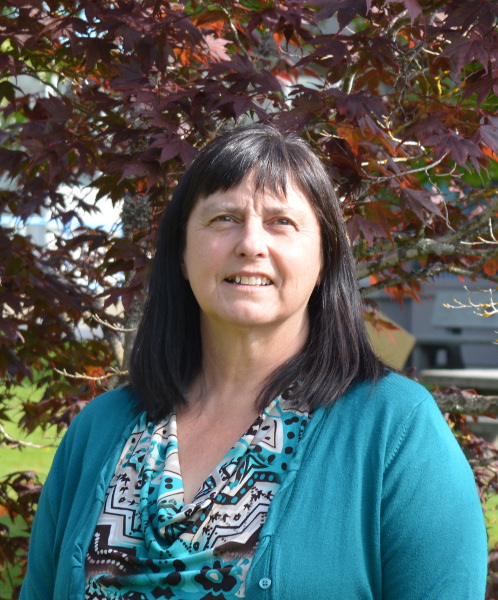 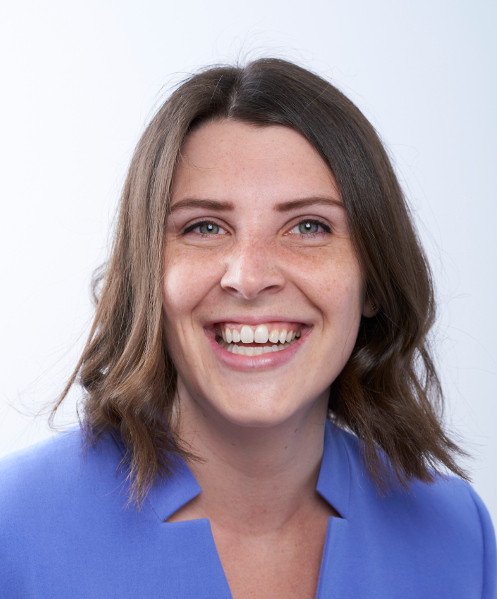 Courage, integrity, and hard work characterize Ms. Bury’s lifelong commitment to gender equality. For more than 60 years, she has supported essential social justice initiatives in Saskatoon, particularly in the areas of women’s rights and access to health care services.

Ms. Bury began her career with the Royal Canadian Air Force Women’s Division during World War II. Later, while raising a family, she was inspired by newly elected Premier Tommy Douglas to join the Co-Operative Commonwealth Federation and participate actively in local and provincial politics. She went on to help establish the Saskatoon Community Clinic, a medical co-operative that opened in response to the 1962 doctors’ strike against universal healthcare. As the clinic’s first director of member relations, Betsy sought to ensure that Saskatchewan women and children had continued access to medical services and were never again put at risk due to physicians’ unwillingness to provide care. Later, while serving as the clinic’s Health Ombudsman, Betsy helped launch Saskatchewan’s first Planned Parenthood clinic and served on the board of the Saskatoon Family Planning Centre.

Throughout her long life, she has volunteered her considerable energies to political causes. An outspoken advocate for women’s increased representation in the political realm, she has supported the campaigns of many candidates and encouraged countless other women to participate in public life.

Retired since 1988, Ms. Bury has continued her political and social activism. She has worked with many social justice organizations, including Project Ploughshares, Veterans against Nuclear War and CHEP Good Food Inc. She performs regularly with the Raging Grannies.

Dr. Micheline Dumont is a distinguished feminist scholar, historian and social activist who is motivated by an unflinching commitment to women’s human rights. Her historical research and writings illuminate the early realities of women’s lives and also highlight the work that remains to achieve gender equality. Well known throughout Québec, she is an inspiring speaker, advocate and mentor for generations of women and girls.

Dr. Dumont began her career with the submission of a research paper to the Royal Commission on the Status of Women, a groundbreaking enquiry that was established by Lester B. Pearson in 1967. Published in 1971, Dr. Dumont’s contribution, History of the Status of Women in the Province of Quebec, received critical acclaim across Canada.

The list of Dr. Dumont’s publications is vast and includes the Histoire des femmes au Québec depuis quatre siècles (Quebec Women: A History), published with the Collectif Clio and Le féminisme québécois raconté à Camille, a book dedicated to the new generation of feminists. She has written extensively on feminism and the women’s rights movement, on women religious organizations and on women teachers. Over the course of her career, the self-described “outraged historian” has spoken at countless public events, addressing audiences as diverse as the Assemblée des évêques du Québec, labour unions, women’s groups and learned societies. An eloquent and compelling speaker, she has also participated in countless radio and television interviews and appeared in several documentary films. Dr. Dumont is Professor Emeritus at the Université de Sherbrooke and the recipient of many awards, including the Prix Parizeau and a fellowship in the Royal Society of Canada. She lives in Sherbrooke, Quebec, and continues to fight for equality.

Dr. Ramona Lumpkin is a distinguished feminist scholar and university administrator. As President and Vice-Chancellor of Mount Saint Vincent University, she has guided the institution towards greater equity, diversity, and inclusion, inspiring other post-secondary institutions in Canada to follow suit.

Growing up in rural Tennessee, Dr. Lumpkin was the first in her family to attend university. She achieved academic success early in her career, receiving a Fulbright scholarship before going on to earn her MA from the University of Tennessee and her PhD from the University of Kentucky. Her interest in women and gender was reflected in her research, with female self-hood forming the central theme of her dissertation and informing many of her later publications.

Dr. Lumpkin moved to Canada in 1989, holding positions of increasingly responsibility at University of Windsor, Royal Roads University and Huron University College at the University of Western Ontario. In 2010, she became President and Vice-Chancellor of Mount Saint Vincent University, serving with distinction up until her retirement in June of this year. Throughout her career, she has consistently lifted her voice in support of women’s participation in universities and in the public and private sectors.

During her time at the Mount Saint Vincent University, Dr. Lumpkin was the driving force behind construction of the new Margaret Norrie McCain Centre for Teaching, Learning and Research. The Centre is unique in its focus on celebrating women’s accomplishments and is a testament to the University President’s unwavering commitment to gender equality.

The recipient of numerous awards and distinctions, including the Order of Canada, Dr. Ramona Lumpkin lives in Halifax, Nova Scotia.

Professor Elizabeth Sheehy is a distinguished Canadian legal scholar and expert on legal responses to violence against women. Her pioneering research has helped to transform Canada’s criminal justice system, creating more effective protections for victims of sexual and domestic violence. For more than three decades, she has lifted her voice in support of women’s human rights.

An outspoken feminist and preeminent criminal law scholar, Professor Sheehy asks how our system of laws might evolve if women were equal partners in its conception and application. Her scholarship has inspired new approaches to sexual assault law as well as to how we respond to battered women. She has assisted police, prosecutors, defence lawyers, judges, legislators, therapists and journalists to understand how the law fails women experiencing male violence. Professor Sheehy has fought for a systemic overhaul of our legal, political, educational and media institutions, and has studied every aspect of the intersection of law and violence against women.

Professor Sheehy’s research and advocacy are grounded in her commitment to frontline women’s groups. She has appeared before committees of Parliament, worked with government to develop practical strategies for criminal law reform, and engaged widely in public education. She has also participated in legal interventions for women’s organizations at appeal courts and at the Supreme Court of Canada. There can be no doubt that her contributions have enabled critical progress on violence against women – and in so doing have enhanced women’s access to equality rights in Canada. The recipient of numerous awards and distinctions, Professor Elizabeth Sheehy lives in Ottawa, Ontario.

Ms. Slanina has devoted the greater part of her life to ensuring the safety of women and children in her community. For over two decades, she has worked tirelessly to empower women and girls and end gender-based violence in her hometown of Kitimat, British Columbia. When the town was established in 1950, the ratio of men to women was 7:1. In a community dependent on a male-dominated industry, women had few safe spaces.

From 1987 to 1993, Ms. Slanina served as President of Kitimat Crisis Line, the first anonymous crisis intervention service in the community. In 1996, working with the Ministry of Women’s Equality of British Columbia, she helped found Dunmore Place, which continues to provide shelter to women experiencing violence. Ms. Slanina has worked with Tamitik Status of Women since 1993, advancing from Administration Assistant to Transition House Manager to Executive Director, a demanding position she has held with distinction since 2003. Under her guidance, the organization provides programs and services that seek both to mitigate the effects and address the causes of violence and poverty in Kitimat.

A committed volunteer for more than four decades, she has also served on the Board of Directors for the Kitimat Community Foundation, on the District of Kitimat’s Housing Committee and has lent her energies to a vast array of other community building and social justice causes.

Ms. Slanina has contributed immeasurably to the wellbeing of women and children in her community and to the overall quality of life in Kitimat.

Ms. Sariffodeen is the co-founder and awe-inspiring Chief Executive Officer of Ladies Learning Code, a national non-profit organization that provides technical education and training to women and girls. Since 2011, she has worked tirelessly to ensure women have access to digital literacy programs that enable them to become builders – not just consumers – of technology and active participants in our increasingly digital world. So far, she and her team have helped to create vital learning experiences for over 70,000 women in 32 cities across Canada. In the process, they have created meaningful employment and volunteer opportunities for over 3,000 Canadians, more than half of whom are women.

As CEO of Ladies Learning Code, she has initiated valuable partnerships with Google, Microsoft, Scotiabank and TELUS and helped found HackerYou, a female-led coding bootcamp. She and her team recently launched two new initiatives: the first-ever National Learn to Code Day; and the Code Mobile, a computer lab on wheels that is travelling across Canada with the goal of training 200,000 women and girls to code by 2020.

In addition to her paid work, she volunteers her skills and expertise to community-based causes, including pioneering accessible programming for newcomer women and launching a free childcare project to allow women to attend training programs. She also collaborated on Project Shift, a YWCA-sponsored, Status of Women Canada-funded initiative to create safe spaces online for girls and young women.

A true visionary and passionate advocate for women and girls, Ms. Sariffodeen has achieved a great deal in her relatively short life. She lives in Toronto, Ontario.