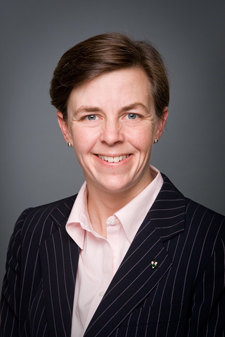 I am pleased to present the 2012-2013 Departmental Performance Report by Status of Women Canada, highlighting the priorities implemented, results achieved and investments made to help advance equality between women and men. As in previous years, the agency focused its efforts on three key areas: improving women's and girls' economic security and prosperity, ending violence against women and girls and supporting the advancement and increased representation of women and girls in leadership and decision-making roles.

The Government of Canada remains committed to building a society where women and men are equal participants in all aspects of life. Indeed, we have taken concrete action to demonstrate this commitment. Through Status of Women Canada, the Government's support for community-based projects has nearly doubled since 2006-2007. The Economic Action Plan 2012 created the Advisory Council to Promote Women on Corporate Boards. In last fiscal year alone, we invested almost $19 million to support over 300 active projects across the country to promote women's participation in Canadian society.

Violence against women and girls impacts on individuals and families, strains our institutions and is an enormous drain to our economy. Together, we must commit to ending it in our homes, on our streets, in our schools and our society.  In 2012-2013, Status of Women Canada continued to pay particular attention to this issue, providing financial and professional support for community-based projects designed to end gender-based violence. The response to the agency's calls for proposals was overwhelmingly positive, with many organizations taking innovative approaches to engaging community partners in carrying out their projects. As well, the agency engaged federal partners, collaborated with federal/provincial/territorial bodies and inspired Canadians to be part of the efforts to end the problem.

The Government of Canada is set to remove barriers that impede women's participation in and contribution to Canada's prosperity. As such, Status of Women Canada engaged with business leaders across the country to facilitate the creation of an Advisory Council which will help our Government to explore and propose ways to increase women's representation on corporate boards.

In 2012-2013, Status of Women Canada was instrumental in promoting Canada's call at the U.N. to proclaim the International Day of the Girl. A worldwide celebration, the day was used to promote girls as powerful agents of change in their families, their communities and their nations and to highlight the challenges facing them in fulfilling their potential.

Status of Women Canada, through the Departmental Action Plan on Gender-based Analysis (GBA), supported federal organizations to build capacity to develop, implement and deliver policies, programs and services that respond to the needs of diverse women and men.

As we make steady progress, I am pleased to report that Status of Women Canada continues to play a vital role in advancing equality between women and men in Canada.

The Office of the Coordinator, Status of Women, known as Status of Women Canada (SWC), is a federal government agency that promotes equality between women and men in all aspects of Canadian life. The mandate of SWC is “to coordinate policy with respect to the status of women and administer related programs” (1976).

SWC is responsible for exercising leadership and working in partnership to advance equality and increase women's participation in the economic, social and democratic life of Canada and in supporting Canada's efforts to meet international obligations. As well, the agency provides expert advice on how to take gender equality into account in developing the best policies and programs for all Canadians; promotes commemorative dates relating to women in Canada; and supports action and innovation that will lead to equality in communities across Canada.

SWC is the federal agency responsible for supporting the government's agenda to advance equality for women and girls. In fulfilling its mandate, the agency works with a wide range of organizations, building synergies with key stakeholders, collaborating with different levels of government and engaging the private and voluntary sectors.

The issues affecting women and girls permeate society and make the environment in which SWC functions a complex one. To bring about tangible results and enduring benefits for Canadians, the agency carries out its mandate strategically, working in partnerships; focusing its efforts where there is a clear potential for making a difference in the lives of women and and girls. SWC ensures its policy interventions and program investments are aligned with Government of Canada priorities. Within the priority areas, SWC addresses issues specific to diverse groups, such as Aboriginal, immigrant and rural women and girls.

In its policy function, SWC plays the role of a knowledge broker and facilitator, offering advice and strategic support, conducting policy analysis, providing input and making strategic interventions at both domestic and international levels.

SWC also leads in building capacity for Gender-based Analysis Plus (GBA+), a method for examining the intersection of sex and gender with other identity factors. When applied to government work, GBA+ can aid in understanding how diverse groups of Canadians – women and men, girls and boys – experience public policy. SWC works in collaboration with key stakeholders to facilitate the integration of gender considerations in the development of policies and programs.

Through the Women's Program, SWC provides financial and professional assistance to Canadian organizations to carry out projects that advance equality and the full participation of women and girls.

Through a series of commemorative dates, SWC promotes awareness of women's and girls' invaluable contributions as well as encourages Canadians to take action to advance equality between women and men.

This table lists SWC's priorities, the type of the priorities and shows the links of those priorities to the strategic outcome and the programs. Under Summary of Progress, it explains how priorities were met.

As indicated in the 2012-13 Report on Plans and Priorities, achieving equality between women and men is a shared responsibility. As such, SWC's outcomes are highly interdependent on the actions of others. The agency, therefore, has established response strategies that include playing a horizontal role, informing and engaging citizens, building synergies, facilitating networks, promoting partnerships and collaborating with different levels of government as well as private and voluntary sector organizations and managing diverse expectations.


This human resources table summarizes SWC staff – planned, actual and the difference for the year 2012-13.

*The total Budgetary Expenditures (Main Estimates) for 2012-13 includes a total of $18.950 million of program funding (Grants and Contributions).

*Amount does not include expenditures reported under Internal Services

In 2012-13, the Total Authorities allocated to SWC by Parliament were $30.6 million. Of this amount, $29.4 million was received through the Main Estimates and $1.2 million was received through Supplementary Estimates. SWC received funds from the Advertising Fund, a transfer from the Department of Justice Canada to partner in funding a contribution project and various transfers from Treasury Board Secretariat Central Votes for the carry-forward of the previous operating budget and the reimbursement for eligible pay list expenditures related to severance pay and parental benefits.

SWC's Actual Spending in 2012-13 was $29.7 million, $0.9 million less than the Total Authorities. This amount includes savings in the Minister's budget and departmental operational savings to maximize SWC's carry-forward in order to assist with next year's budget shortages.

In 2012–13, SWC spent a total of $29.7 million, of which $18.95 million in grants and contributions, to carry out its programs, achieve expected results and advance its strategic outcome.

Actual spending from 2009–10 to 2011–12 includes all Parliamentary appropriations: Main Estimates, Supplementary Estimates and transfers from Treasury Board, such as the operating budget carry-forward adjustment.

Through Status of Women Canada, the government's support for community-based projects has nearly doubled since 2006-2007.

The discrepancy in nomenclature between 2012-13 RPP and 2012-13 DPR is explained by the updates made to the Management, Resources and Results Structure (MRRS) nomenclature through the 2013-14 amendment process.